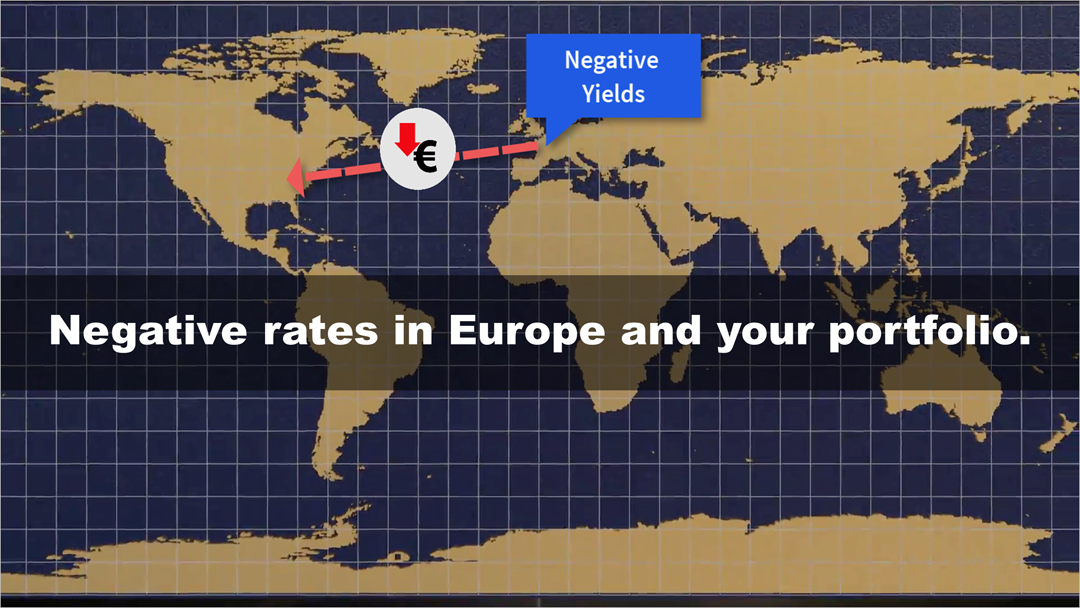 Negative rates abroad are driving down bond yields in the U.S., which could make the stock market multiple expand. Investing always carries risk, and current financial economic conditions are unprecedented. For the first time in modern history, you have to pay the bank to hold your money in Europe! You have to pay a bond issuer to hold your money. Here's a factual analysis of factors driving what's happening and how it might affect your portfolio. 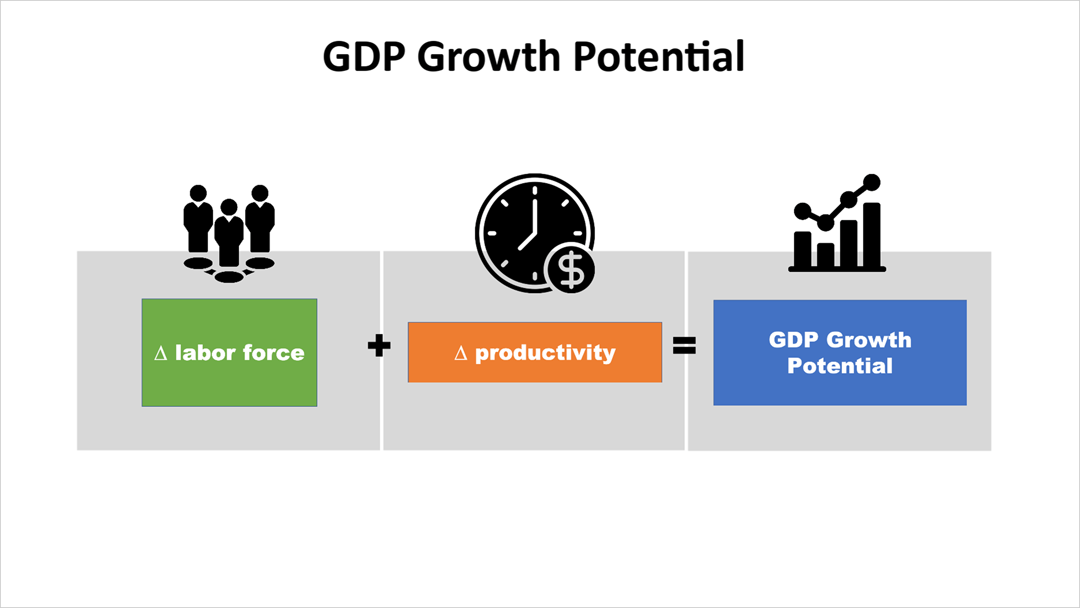 Here's the simple math formula behind the complex economics altering current financial conditions: The growth rate of a nation's working age population — its labor force — plus its growth in productivity is equal to its economic growth rate, the growth of its total domestic product. 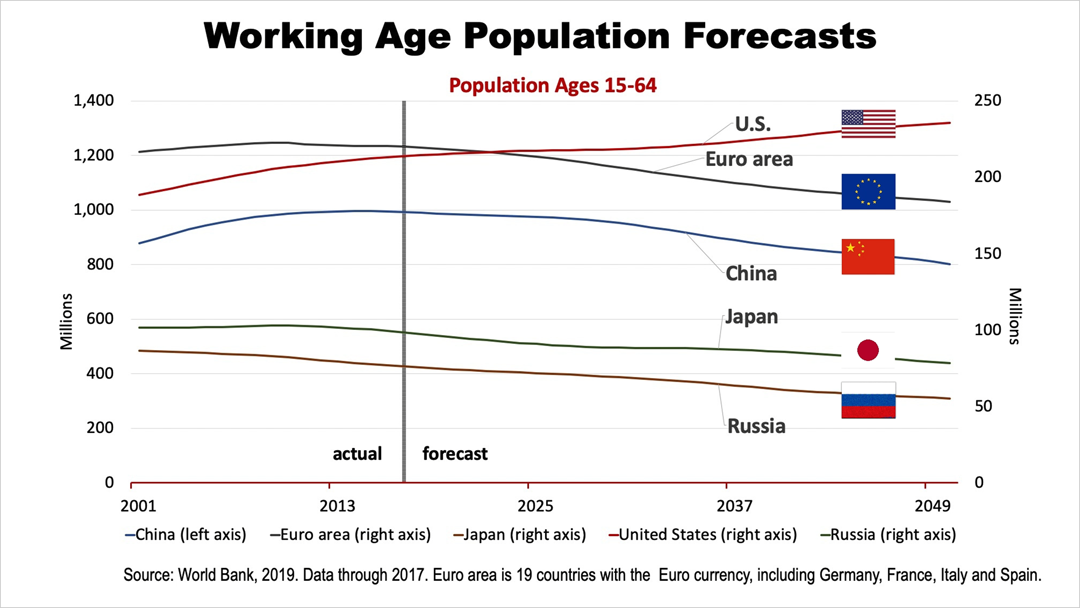 Keeping this fundamental formula of economics in mind, this chart shows that Europe, Japan, and China face a shrinking working-age population in the decades ahead, according to World Bank data. In contrast, the U.S. is about to benefit from the echo boom generation and an expanding labor force. 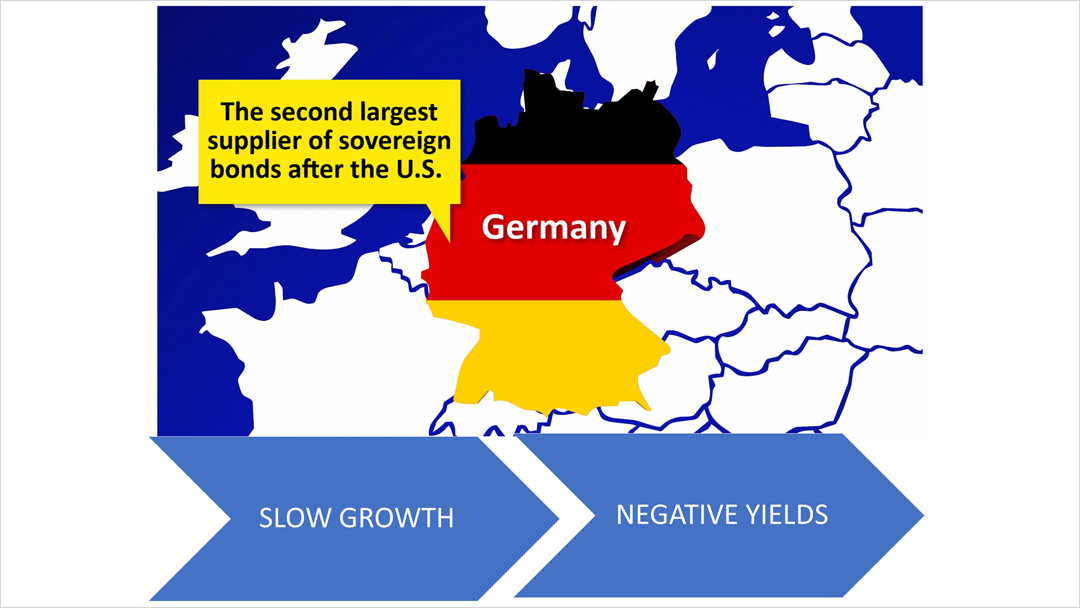 Because Europe's economy has grown very slowly for the last decade, central banks across the continent have dropped lending rates below zero to stimulate growth.

Bond yields are set in a global market, and low rates in Europe are affecting U.S. investors. Why?

Since Germany is the world's No. 2 issuer of government-guaranteed bonds, negative yields on German Bunds make the higher yield on U.S. bonds relatively more attractive to investors across the globe. 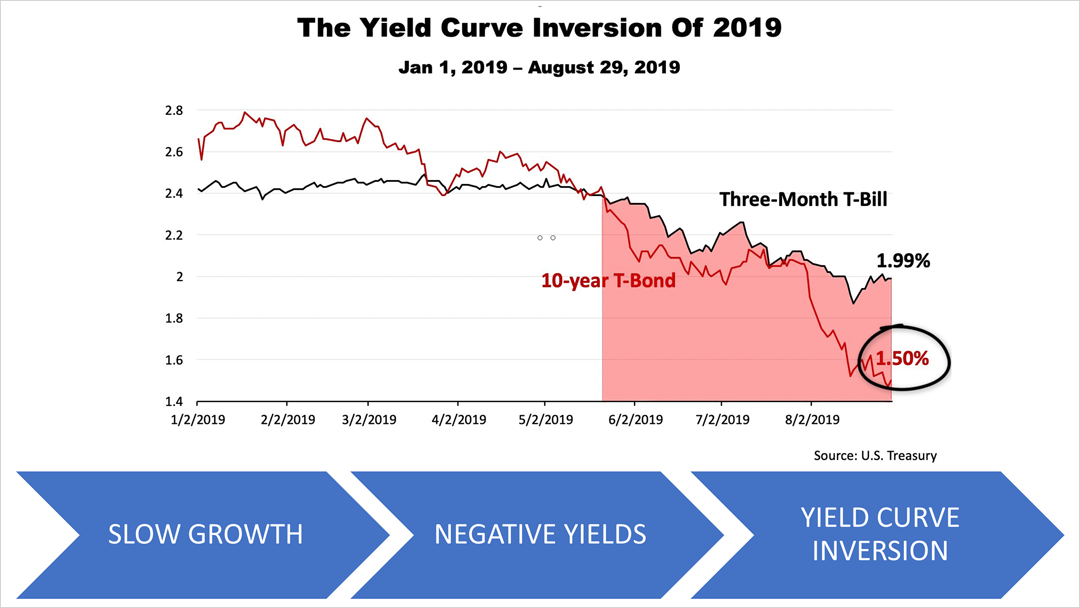 With slow growth in Europe causing negative rates abroad and making U.S. Treasury Bonds relatively more attractive than the German Bund, bonds yields in the U.S were driven. That inverted the yield curve earlier in the U.S.: A 30-day Treasury Bill yielded more than a 10-year U.S. Treasury Bond.

Over the last three economic cycles, negative yield curves have occurred nine times and were followed by recessions three times within 18 months. Still the inversion of the yield curve has frightened U.S. investors into thinking a recession could be on the way, which could end the bull-market fueled expansion now in its eleventh year.

To the contrary, however, current conditions could boost stock values! 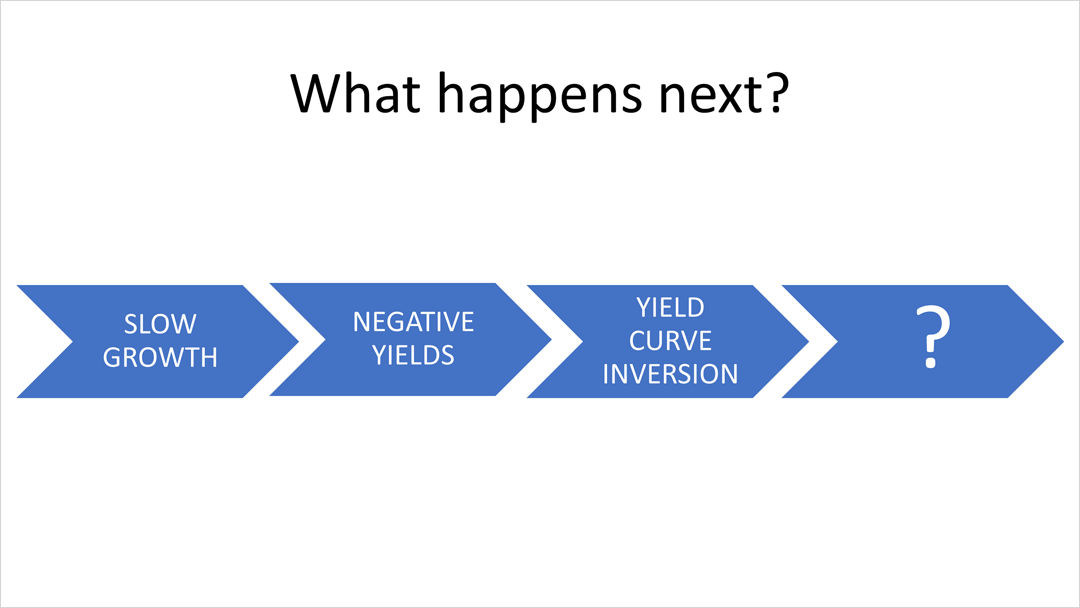 No one can predict the next move in the stock market and markets are not always rational, but the lower yields in Europe could continue for many years and make stocks more attractive. Since the labor force and productivity growth are long-term fundamentals of national economies, these conditions are unlikely to change much in the years ahead.


Consequently, U.S. investors facing the low yields on bonds, which are being imported from Europe, may find stocks a more attractive investment than fixed income. That could drive stock prices higher.


The S&P 500, as of September 6th, 2019, traded at a multiple of 16.3 times the consensus forecast by Wall Street analysts for 2020 earnings, according to data from Yardeni Research, Inc. and Thomson Reuters I/B/E/S. However, as investors come to understand the long-term fundamentals depressing yields, they could grow more willing to pay a higher multiple for U.S. stocks.