Dispel These 7 Popular Myths About Retirement

Retirement is changing. People are living longer, and many stay healthy and vital into their 80s and 90s. Working, at least part time, has become more commonplace. Yet with fewer and fewer corporate pensions to fall back on these days, the money to pay for a long life after work may not be there. And with change comes confusion and misperceptions about what really may happen during your retirement, however you define it.


Consider these seven common ideas that may prove overly optimistic—and then tweak your plans to make sure you don't fall short of your goals:


Myth #1: You'll have saved enough for retirement when you get there. 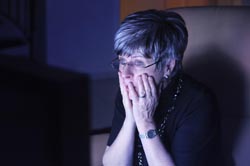 According to recent surveys by the Employee Benefits Research Institute (EBRI), an independent research firm, less than half of current workers over age 55 say they've saved at least $100,000, while only about one-quarter have set aside more than $250,000. The EBRI surveys also indicate that less than 20% of all workers remain "very confident" they've saved enough for retirement. You easily could find yourself facing a shortfall.

Some cash outlays, such as paying off the mortgage and sending the kids to college, no longer may apply. But what do you want your retirement to look like? If you've envisioned globe-trotting or indulging in expensive hobbies, you may find that will erode your nest egg more quickly than you expected. Unexpected expenses—high-priced dental work, say, or a down payment for a child's home—also can siphon away funds.


Myth #3. You'll save a lot of money when you downsize your home.

Moving to a smaller place probably will reduce maintenance costs and property taxes. But that doesn't mean you won't still have all the usual expenses associated with home ownership—just on a smaller scale—plus other possible fees that may apply if you've moved into an over-55 community. And if you've relocated to a ritzy neighborhood in a city or resort area, your expenses could go up.

You may want to stay on the job or shift to something else, but such plans don't always work out, and health problems also could pose obstacles. And if you're counting on job income to shore up your finances through many years of "retirement," not being able to do it—or deciding you're just not up to it—could leave a big hole in your retirement income.


Myth #5. You easily can get a part-time job if you need one. 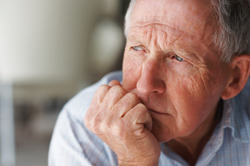 When you retire from your full-time position, you might seek part-time employment, but those jobs may be harder to find, and to keep, than you imagine. You may be competing with youngsters who are more tech-savvy than you for jobs requiring computer skills. What's more, if you're living in an area with numerous other retirees, which is often the case, the competition can be fierce.


Myth #6. You can rely on Medicare for all your medical expenses.

Retirees often expect Medicare to pick up the entire cost of physician visits, hearing or eye exams, or the like, but that's simply not how the system works. In fact, Medicare covers only roughly half of such expenses, according to data recently provided by the Kaiser Family Foundation. And don't overlook the exorbitant costs of staying in a long-term care facility or paying for in-home nursing care. If you don't have a supplemental policy, Medicare might not provide enough coverage for you.

Myth #7. You can rely on Social Security for most of your income.

Different people have different ideas about Social Security. Some almost disregard those payments from the government, thinking they'll be too small to make any difference in funding retirement. Others, though, talk about Social Security like it's the be-all, end-all. It's neither. The fact is, Social Security can be genuinely helpful, often covering some of your essential expenses. But for most people it's not nearly enough to live on. The Social Security Administration says the average monthly benefit in 2016 is $1,348, which works out to $16,176 a year. That's why it's vital to take steps to supplement Social Security with income from investments, employer retirement plans, IRAs, and other sources.

There's one more myth we would like to expose—that it's too late to change your destiny. Reexamine your basic assumptions about your retirement and then make a reasonable retirement savings plan based on your needs and realistic objectives.