Two Observations That May Make Higher Taxes Easier To Bear 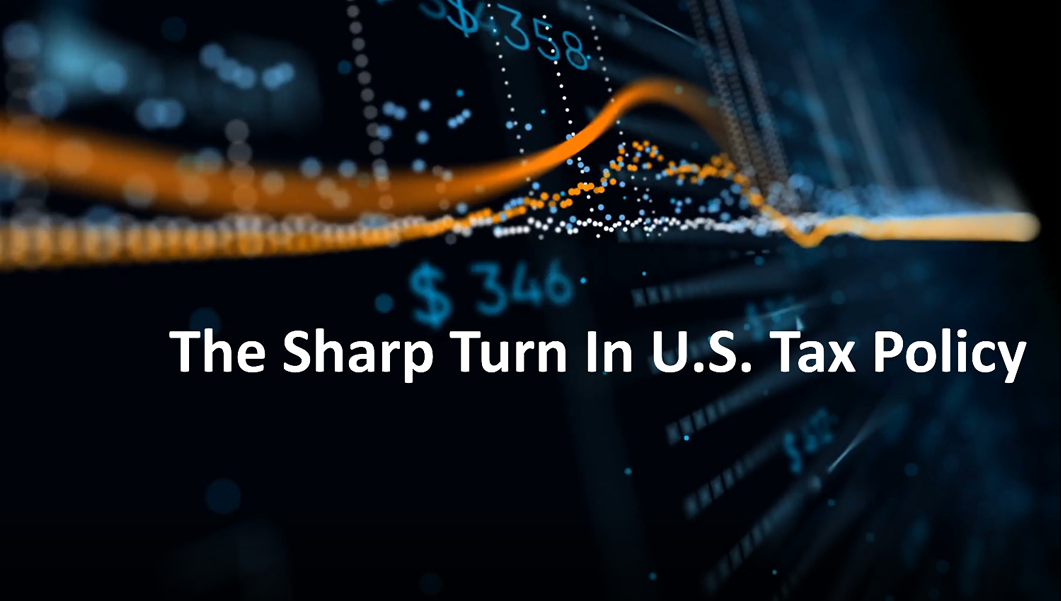 For the first time since the administration of President Ronald Reagan, federal government tax policy is changing significantly. Tax cuts were in vogue for nearly four decades, but President Joseph Biden is planning on implementing higher federal taxes on corporations as well as high-income and high net-worth individuals in 2021.

As Congress debates the Biden administration proposal for a massive increase in federal infrastructure spending, which would require an increase in taxes and government borrowing, here are two key observations made yesterday at a professional education class, taught by independent economist, Fritz Meyer, which was attended by 190 independent tax, financial planning and investment advisors. 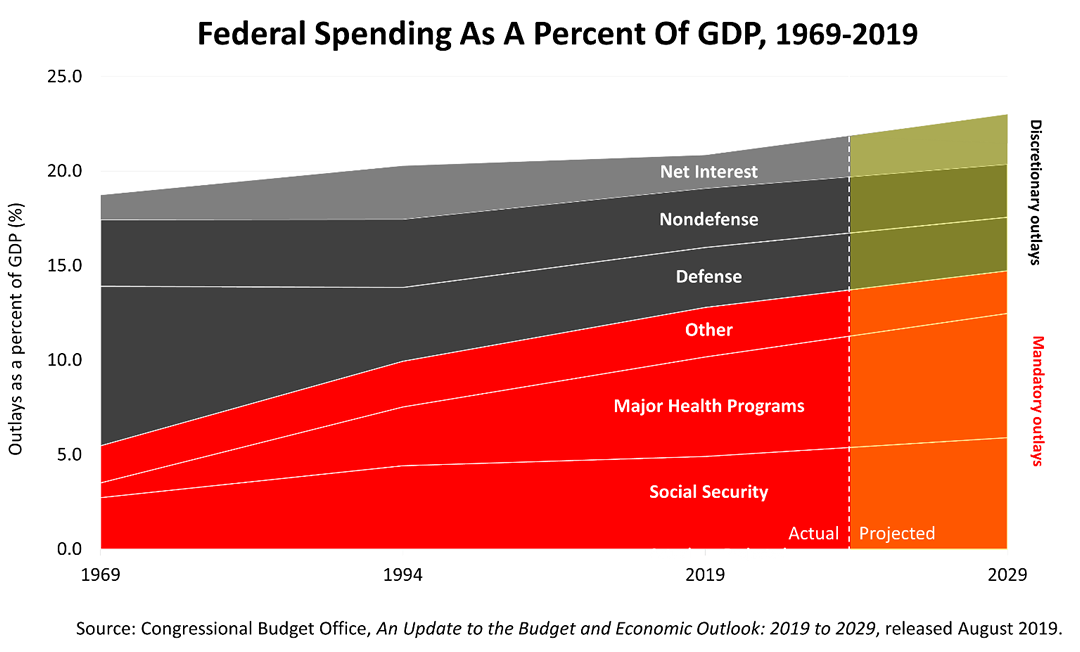 This chart shows how the United States Government spent its revenue over the half-century ended with the 2019 fiscal year.  It’s from the non-partisan Congressional Budget Office. Priorities shifted. Health care spending and Social Security are receiving a greater share of revenue, while defense spending has been judged a lower priority since the fall of the Soviet Union.

In the decade ahead, spending on Medicare, Medicaid, and other federal health programs, along with Social Security and the interest payments on the national debt, are expected to continue to steadily increase as a percentage of the total economy.

Observation: The nondefense spending category, outlays for maintaining the nation’s infrastructure – roads, mass transit, communication, buildings, and basic functions of American society, has been allocated a shrinking share of gross domestic product as the population grew. Federal highway, mass transit, and communication systems make America the envy of most of the world but it has taken a backseat to other priorities. 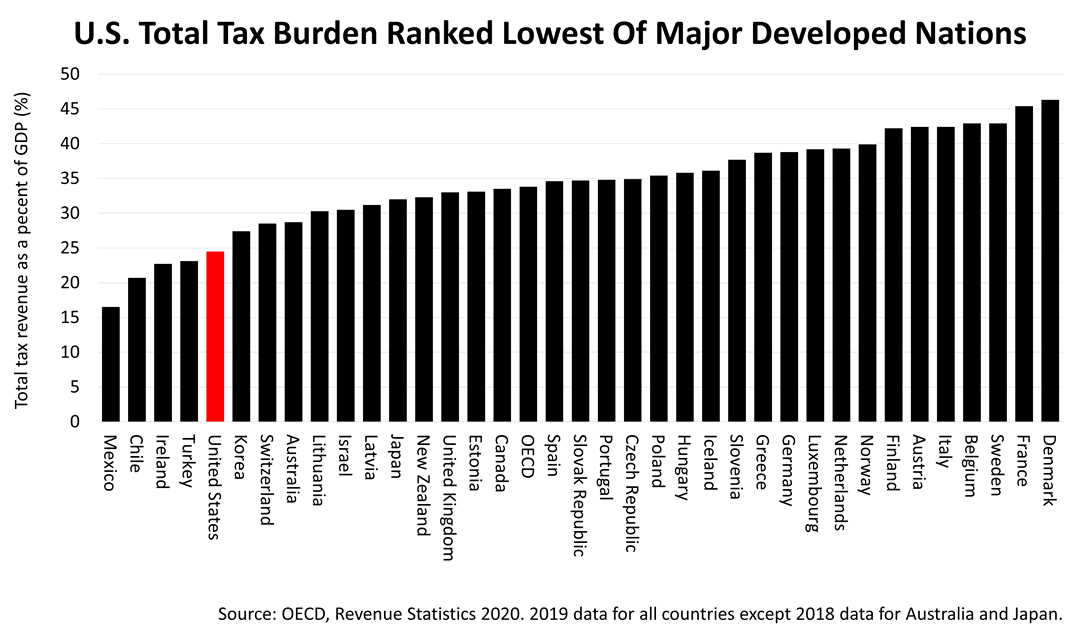 Including all forms of taxes -- federal, state and local; income, sales, value-added, estate, and property taxes -- the U.S. has one of the lowest total tax burdens among the 37 developed nations that are members of the Organization of Economic Cooperation and Development (OECD).  Countries, such as China, Brazil, India and Russia, are not OECD members and excluded here.

Observation:  The comparatively low tax burden of the U.S. allows some flexibility in solving the country’s long-term spending problems.

Nobody wants to pay more taxes, but these two observations might make the series of tax hikes expected to be enacted in the weeks ahead easier to bear.

Nothing contained herein is to be considered a solicitation, research material, an investment recommendation, or advice of any kind, and it is subject to change without notice. Any investments or strategies referenced herein do not take into account the investment objectives, financial situation or particular needs of any specific person. Product suitability must be independently determined for each individual investor. Tax advice always depends on your particular personal situation and preferences. You should consult the appropriate financial professional regarding your specific circumstances.
The material represents an assessment of financial, economic and tax law at a specific point in time and is not intended to be a forecast of future events or a guarantee of future results. Forward-looking statements are subject to certain risks and uncertainties. Actual results, performance, or achievements may differ materially from those expressed or implied. Information is based on data gathered from what we believe are reliable sources. It is not guaranteed as to accuracy, does not purport to be complete, and is not intended to be used as a primary basis for investment decisions.
This article was written by a professional financial journalist for Advisor Products and is not intended as legal or investment advice.